To connect and unify people, it is important to see each other as people. Look beyond race, religion, gender and sexual orientation.

Ugbaad Hassen Kilincci (1987) was born in Somaliland and has lived in The Netherlands since she was one year old. She works as a city councillor and is the founder of Maandeeq, a foundation that brings people of different cultures together. Her secret to success is simple: other people don’t get to decide who or what you are. You decide who and what you are.

Q: You grew up in The Netherlands, but your roots are in Somaliland. What was it like to grow up between two different cultures?

My mother has a Western mindset, so at home there weren’t a lot of cultural differences. I did notice my different background when I was around my grandmother and other older Somali’s. They were still very much in touch with their cultural background, which is different from Dutch culture and can cause conflicts.

Q: What kind of conflicts?

In The Netherlands people are outgoing. You must be tough and proud, and fight for what you want. You don’t get anywhere if you don’t ask for it. Somali culture is the opposite. You have to be humble and grateful. You have to be modest and accept whatever comes your way.

These mixed messages are confusing when you are growing up. I live in a mostly white town, and at school I was one of the few people with a different cultural background. My elders taught me that I had to be humble and grateful, but I was surrounded by peers who behaved nothing like that. So, I learned that being humble was useless and I started rebelling. 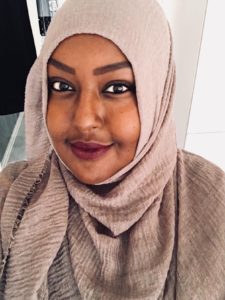 Q: How did you rebel?

Every day I noticed I was different. Not because I felt different, but because other people told me so. I started resenting them and I was very conflicted. People kept telling me how to be and how to behave, but I didn’t want to be a certain way just because someone told me so. I started to become the feared stereotype of an angry black woman. I was against everything and everybody. I felt misunderstood.

Luckily, I realized early on that my antipathy against society wasn’t helpful. I had family in The United Kingdom, and their experience was completely different from mine. The lived in a multicultural neighbourhood and weren’t getting singled out for being different. When I was 18 years old, I moved to The UK to experience what it would be like to live there.

Q: What was the biggest difference between The Netherlands and The UK?

In The Netherlands I grew up in a small city on the countryside, in a predominantly white community. There were only a few minorities, so when I walked around town, I stood out. In the multicultural melting pot of London, I was just one of the many different cultures walking about.

It was a complete cultural shock for me. There were streets filled with stores from a certain country or region, but there was no segregation. With so many different cultures, including the traditional British one, nobody stands out. We were all different, and yet all the same. We were Londoners.

I was -and still am- fascinated by that experience. The feeling of being part of a community in London is incredibly strong. We were in it together. That way Londoners have a huge influence on legislation and the spirit of their town. In my home town, people are far more individualistic. That way it is hard for newcomers to feel part of a community, there hardly is a community.

Get informed about the possibilities in your neighbourhood or town. Is there something like a community centre? Are there volunteers available who can help you to get to know the area? And always follow your heart. Don’t listen to people telling you that you can’t do something just because you speak another language and are new in the country. Get inspired and set goals. You get to decide what you want to achieve.

Q: Was your experience in The UK 100% positive?

Unfortunately, no. After my time in London, I moved to Leicester. There were big migrant communities there, but completely segregated. People with an Indian background live in Indian neighbourhoods and do their shopping there. People with Caribbean roots have their own neighbourhoods and stores. And so on. Native white people have the rest of the town.

It almost felt as if the native community was afraid of losing something, afraid of being “taken over” by newcomers. This made me think about how you can prevent those negative sentiments. Newcomers aren’t here to take something from you. And not everyone with a different cultural background is a newcomer.

I wanted to figure out how you can get people to unite. How can people become a community without looking at their differences?

Q: And? How can you unify people of different backgrounds?

What I saw in London, is that newcomers started their own communities, without segregating themselves. This gave them a voice in society. If you get segregated, you can’t participate. In London there was participation from all sides. Bottom up. The community itself organized what it wanted and needed.

In The Netherlands, participation is top down. Government and municipality tell people how to be and how to behave. This doesn’t work. Even though they started to change in terms of letting people make their own choice through for example citizen participation.

After I moved back to my old neighbourhood I just started talking to everyone. And I quickly noticed that unknown means unloved. The native population had hardly any knowledge of minority cultures, except for all the negative stereotypes in the media. But once people get to know each other, prejudices tend to disappear.

Q: But how can you get people to know each other?

All you have to do is create goodwill and find common grounds. With my foundation, Maandeeq, I organized events in the community centre about social issues like poverty, budgeting, local politics and so on. These themes are relevant for everybody in the neighbourhood, regardless of cultural background. We also organized cultural gatherings, where someone would tell all about their country of origin. We would play music from their country and eat traditional food. People got the chance to ask questions and learn about a culture that used to be an enigma to them.

Values need to be respected, but what exactly are your values? Are they personal, cultural, religious? We started having discussions about this and we discovered that there are global values; we all want to be respected and respect others. We want to be treated well. We want to add value to the world. These kinds of values triumph small cultural differences.

Eating together helps to create bonds. So as often as possible, I get a diverse group of people to cook and eat together. Because it is in the community centre, it is easily accessible for everyone. Low thresholds are important when you’re connecting people. Small steps, but with a big ripple effect.

Q: What is your advice to newcomers who are having difficulties finding their way?

Get informed about the possibilities in your neighbourhood or town. Is there something like a community centre? Are there volunteers available who can help you to get to know the area? And always follow your heart. Don’t listen to people telling you that you can’t do something just because you speak another language and are new in the country. Get inspired and set goals. You get to decide what you want to achieve. This can be difficult, because in a lot of communities people tear you down if you rise above them.

Not only can your own people try to keep you small, unfortunately you can be confronted with racism from the local population. If it happens to you, it can affect you. The secret to success is to turn this negativity around in positivity. Show people how wrong their stereotypes and fears are. Just because they don’t know about you, about your culture, doesn’t mean that they have to turn you down.

You can have a part in this yourself, but local governments should also make an effort. In my town, we have this thing called social neighbourhood teams. Local government group together professionals who are responsible for the wellbeing of a neighbourhood. For example, social workers, nurses, youth workers and a debt counsellor. This idea is good, but if your social neighbourhood team is 100% white and Dutch, how are you going to pick up the needs in a culturally diverse community? Representation is important. Municipalities should be inclusive for all inhabitants.

As a city councillor, this is one of the things I fight for. My town is an amazing town to live in, but there is room for improvement. My Dutch friend walks around alone at night, and she feels completely safe to do so. I don’t share that experience, because of my hijab and skin colour, I could get harassed. I want this to be a great and safe town for everybody, regardless of our individual differences.

Q: A lot of refugee teenagers struggle with their identity. Do you have any advice?

Growing up between two cultures can be confusing. I know, I had the same experience. Even though I have lived here for most of my life, some people will never see me as a Dutch woman. Over here, you will always be a refugee, immigrant or foreigner. But the same thing could happen to me in Somaliland. They could see me as a foreigner, I am European, not African.

But teenagers need to remember that they themselves get to choose their identity. Borders are made by humans and only have meaning if we give it to them. Your identity is who you are, not what other people tell you to.

I am Dutch, with a Somali background. People can call me a foreigner if they like, but that doesn’t change my identity. I am Dutch.

What is your secret to success? 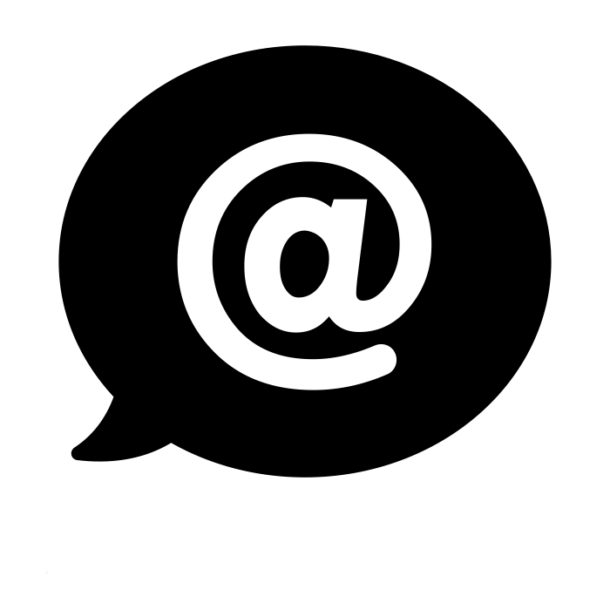 Do you want to know the secret of successful refugees?

Leave us your email address and we'll send you important updates that will help you improve your life!

You have Successfully Subscribed!

Do you want to know the secret of successful refugees?

Leave us your information and we'll keep you updated on how you can become successful too!

You have successfully subscribed!

We value your privacy, so we won't send spam.